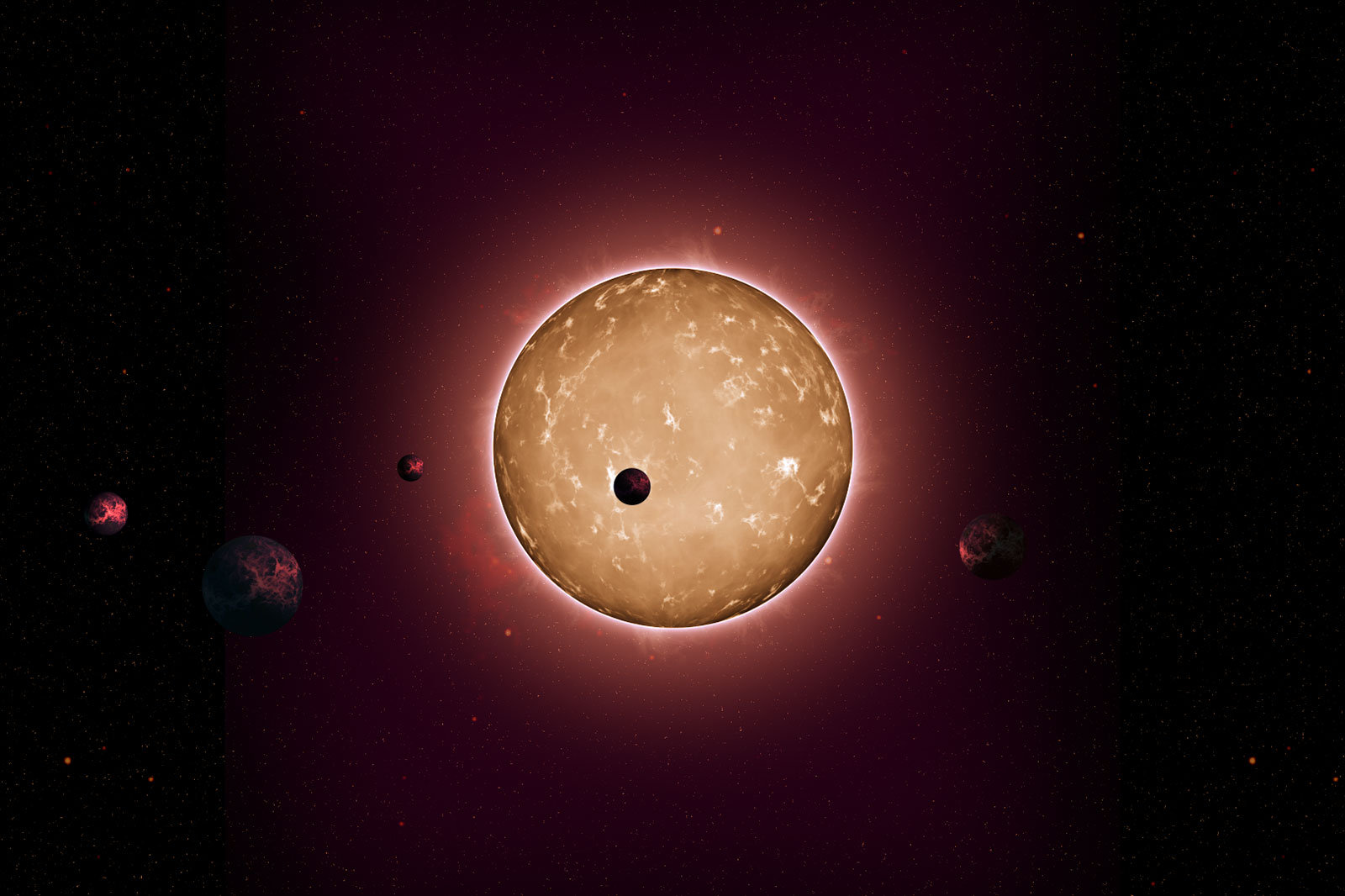 The Kepler-444 system is a star estimated to be 11.2 billion years old. In 2015 the Kepler spacecraft detected the presence of five exoplanets orbiting the star.

The Kepler-444 system is a star estimated to be 11.2 billion years old. In 2015 the Kepler spacecraft detected the presence of five exoplanets orbiting the star.

Tiago Campante of the School of Physics and Astronomy at the University of Birmingham, England contacted me with an urgent request. News of the discovery was about to break and he had the foresight to realise the world press would want more than a story – they needed images. Tiago commissioned me to develop a video sequence to help tell the story of the star, its planets and what the big numbers mean relative to Earth. I had three weeks. It was Christmas. Yikes!

I received data sheets from Tiago and set about developing a quick who-what-why-where-when series of scenarios in a storyboard. I wanted Tiago to break for xmas knowing what line of enquiry I was taking so that he could correct me if I had misunderstood.

The final piece was less than 1 minute and told the viewer roughly where the star was – within the Lyra constellation, how the orbits look relative to earth and and showed a fiery yellow star with theatrical objects in transit.

You can read more about Kepler–444 on the NASA website.