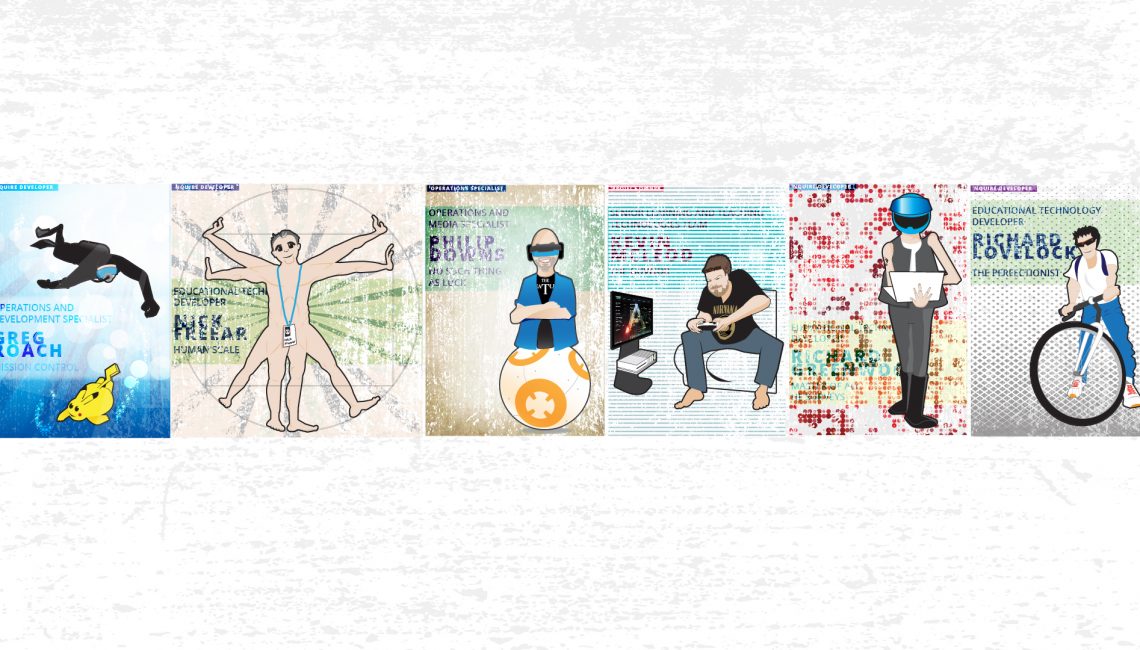 I was asked to create a series of team illustrations to serve on our 404 error pages – an attempt to enable people who are exposed to this page to meet those who are currently trying to fix the problem being experienced and also show the array of other interests in our team.

The illustrations all began as pencil sketches – each based on the hobbies and interests of the individuals. Cycling, scuba diving, motor bikes, gaming, accessibility, technology.

The sketches where captured on my iPad and dropped into Illustrator where I manually traced them – outline first.

I initially tried to use an apple pen to create my digital version of the sketch, however I did not manage to feel comfortable with this approach. The pen felt great as did the iPad and I can see the potential, but I was not satisfied with any of the software. I did not have a budget so I was using trial software and free software only which may explain my dissatisfaction.

The illustrations were created during my downtime only as this was not a paid-for-project. I began with outlines first followed by the inner areas of the form. Each was finished by adding any highlights with the backgrounds and type last. I tried to avoid faces on those which I was unsure about. I was conscious that my colleagues may not like to be represented in an embarrassing portrait.

I fully intend to keep trying to practice my drawing – something I was once quite good at but have allowed to wane. I also want to improve the digital render of the drawing. It is certainly a very pleasurable endeavour.